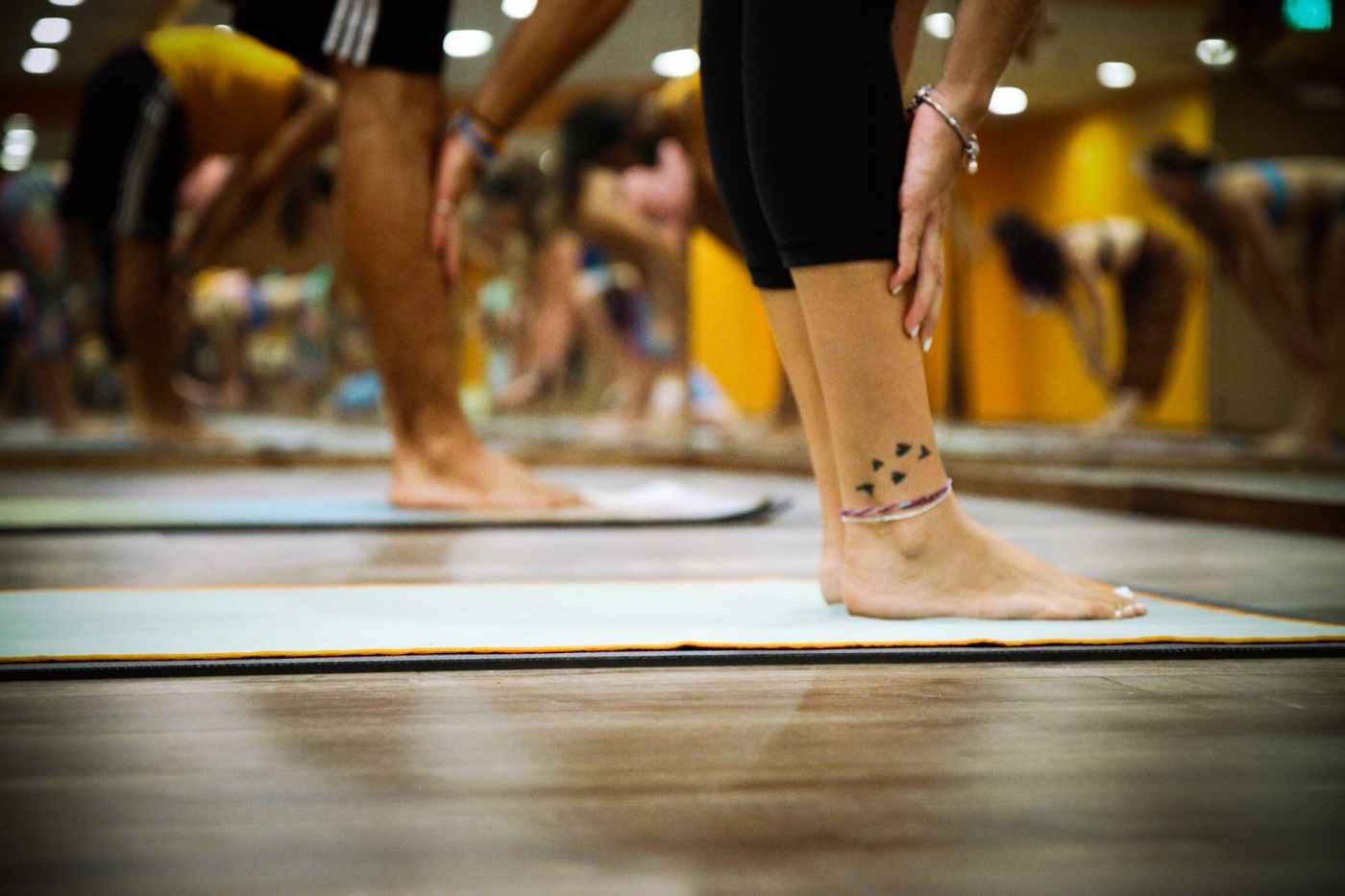 In order to analyse yoga postures from the perspective of aesthetic versus Functional alignment. I would first like to identify what each means.

Aesthetic alignment is based on how a pose looks – in the mirror, to the student or teacher. They are often initiated at the distal areas of the body – for example foot and hand placement. It will result in cues like ‘place the back foot at a 45 degree angle to the midline of your mat’.

The words ‘basic’, ‘more advanced’ and ‘modifications’ are often used.

These words suggest ‘progress’ (or lack of) and may be inferring normality (or lack of ) for a student, rather than embracing human variation.

These aesthetic cues would then initiate the student’s journey – to keep doing ‘this’ until the ‘right shape’ is achieved. Students may at some point wonder why they can’t do certain postures and be frustrated, leading to many quitting the practice. The students that stay, are the ones that are achieving some degree of ‘success’ making the ‘right shapes’, but may still be bewildered and frustrated by the postures that elude them.

Functional alignment is based on what a student feels, rather than how it looks, educating students to adapt postures for their body, leading to a deeper understanding of their practice.

Considering the limitless variabilities in the human form, every person attending a yoga class can’t ‘fit’ the same aesthetic alignment without some individuals being physically compromised.

Balasana – Child’s pose – a very common posture that would be in almost every yoga class.

Aesthetic alignment cues for being in this posture might include; heels and toes touching, forehead on the mat, reach the arms forward.

All students will attempt to make this shape, some ‘more successfully’ than others.

Students that ‘aren’t quite there yet’ will be ‘corrected accordingly’ by cues like – on their next inhale lengthen through their spine, exhale sink down into the space created at the hips, also by encouraging them to relax, breathe and stretch more.

Functional alignment cues would encourage personal investigation to how the posture feels, rather than ‘fixing’ students based on the shape they’ve made. Students would be informed of target areas they are trying to affect rather than just getting into a shape.

The cues might be similar in the initial set up but then students see what sensations they are feeling in the pose and make changes based on that.

Students would investigate where strong sensations lie – for example uncomfortable or pinching sensations at the hip joint. This could be caused by anatomical differences in the shape of the pelvis and size of the thigh. Cues to widen the knees to see if that changes things. If sensations are still present to separate their feet. Abducting the thigh allows the pelvis to go inside the thigh and around a point of compression.

Child’s pose is often used at the start, end and as a resting pose throughout class. By breaking down this pose that’s repeated a lot, the opportunity for investigation occurs frequently and students will learn more each time they come into the posture.

Aesthetic alignment cues might include; feet parallel, toes and heels together, level the hips and to tuck the pelvis under.

Functional alignment cues for this posture would point out target areas to be affected. Cues would encourage students to investigate their foot position – together, apart and (not necessarily parallel) to find their own neutral. These choices would be based on what sensations each student is feeling (or not).

Levelling the hips would not be used as a cue – as anatomical differences ( if the hips and pelvis are not symmetrical, which is very common) may already mean that this is impossible.

Students would be encouraged to determine their neutral pelvis by investigating sensations in the lumbar spine and abdominal wall, rather than just tilting the pelvis down, which will cause lower back pain for some.

The reason why there would be ‘many Tadasanas’ in the room is due to many anatomical variations – including but not exclusively; variations of the pelvis, femur neck size and acetabular shape and orientation. These are only some of the anatomical variables at the skeletal level, not to mention all the variables in the muscular system.

There aren’t specific functional cues for any posture – e.g. if this joint is ‘x’ do ‘y’. There are simply too many variables.

This is why the cues in the functional approach are not set, or as tight at the aesthetic approach. We can’t see or know the effect any anatomical variations are having.

The key is to enable students to pay attention to their body and choose options accordingly.

Common aesthetic alignment cues include; Sit between the heels, keeping the knees together.

Functional alignment cues would encourage students to pay attention to the knee joint and if there is any pain or discomfort to separate the knees. If internal rotation of the femur is limited this will torque the knee joint causing problems.

Aesthetic alignment cues might include; a set distance between feet, front foot parallel with the mat, back foot facing side of mat, reaching down to grab the big toe.

Triangle pose requires a large range of motion for abduction and external rotation. Functional alignment cues will emphasise target areas, reminding students of their intention in the pose. Exploring different ways to get to the point where they can grab their big toe – e.g.widening their stance, flexing at the hips or lateral flexion of the spine and feeling the difference. Then going back to the beginning and add a block instead and see which options actually get to their target areas, rather than everyone grabbing the big toe without knowing why they are doing it.

The challenge as teachers is that alignment cues change the purpose and the intention of the pose.

If we start with cues as a basic structure to a pose and then offer explorations, we initiate students on a journey to a functional approach to their healthy personal practice.

For more articles click Blog or check out Events